Why adopt from Eastern Europe?


Somewhere in eastern Europe a child is born. A child whose mother and father are eagerly anticipating his arrival. A mother labors and brings life into the world. Then she lies and wonders why her son was taken swiftly from the room and hasn't been returned. The minutes have now turned to hours and the joy is giving way to fear. The doctor arrives with the news. "Your baby has Down syndrome. I have contacted the state and they will be here shortly to pick him up." The family's heart is broken. They make the unthinkable decision to leave the hospital without the child they have longed for and planned for over the past nine months. I know some of you are judging them. You're saying, "If it were me I'd fight for my baby. I'd never let them take him." Before you judge, let's remember that in our own country there is over a 90% abortion rate of babies diagnosed with down syndrome. In this eastern European country, if the family takes this baby home, they will be shunned. They could lose their homes, jobs, family, friends. How will they provide not just for baby boy, but for the other children waiting at home. There will be no speech therapy, no occupational therapy, no inclusion program through the public education system. So, they make the hardest decision anyone ever faces. They allow the state to take baby boy and place him in an orphanage.


An orphanage may not sound so bad. Let's go there with baby boy, shall we. He arrives at the orphanage, where he is placed in a group with around a dozen other high needs babies and children. Maybe there's enough food, maybe there isn't. Yet, he has a strong will to survive. He fights for his life and begins to grow and learn. The orphanage is not such a bad place. He's safe from the outside world. He has playmates and a few toys. He has a bed in a room full of beds. He receives at least one meal a day. He is no one's son, though. Just another child the workers are paid to tend to. When he's sick, there's very little extra attention for him. The workers just don't have time.

Fast forward a few years... four birthdays have come and gone unnoticed by anyone. There was no cake to smash his face in on that first birthday. The one where truly his survival of that first year should have been celebrated. Now, his fifth birthday is looming ahead. He doesn't know it. What he has learned in his short life is that there are only three ways you leave the orphanage. By ambulance, if you're sick enough to need care at hospital. By adoption, if you're blessed enough to be chosen. Then there's a third way to leave the orphanage, in the backseat of a car, shortly after your fifth birthday. He doesn't know where that car goes he only knows it won't bring him back to the only home he's ever known. It might not be much of a home, but he's comfortable here with the familiar faces and routines. His fifth birthday arrives and if he's a favorite of the orphanage director, she will try to hold on to him for as long as possible. She is hoping it is only a matter of time before his new family comes. When she can keep him there no longer, she makes the phone call. The car comes and baby boy takes a ride.

He may be excited to ride in a car. Unless he's been sick he can't remember ever riding in a car. He's a little uncertain and afraid about what's ahead, but he's a five year old boy full of life and adventure. The car stops. He gets out and if he could read the sign on the door would say, "House for the Invalids." (We would know this as a mental institution or insane asylum). Baby boy is not an invalid, he is an active, curious five year old. This must be a mistake. He is led inside. His head is shaved. It's easier to keep him clean and lice free if he has no hair. Then he's taken to a room full of cribs and placed in one. He climbs out and is put back in. He climbs out again, because he knows his routine and it is not nap time. He is put back in the crib. He makes the mistake of climbing out again. He is put back into his crib where he is tied down and left for hours. He may struggle and cry, but no one cares. There are adults with varying levels of mental incapacity roaming around. He has been potty trained for years, but he can no longer hold it and relieves himself in his clothes. Still no one comes. 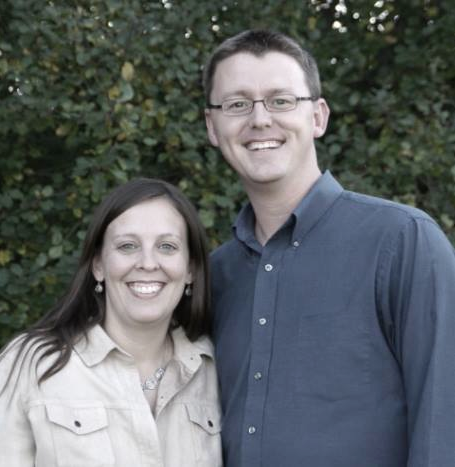